Arsen Revazov, a Moscow-born and Venetian-based photographic artist, has been exploring the inevident and invisible dimensions of landscapes and urban scenes for the last decade, using both traditional and ultra-modern techniques, such as infrared film and filters, large format cameras, ultra-high definition, long exposures and platinum printing. Projects such as “Non-Apparent World” (2010), “One by Two” (2012), “Italy From the Fourth Dimension” (2015) presented the spectator with unfamiliar aspects of nature and architecture, locations ranging from Singapore and Sydney to Europe and the Americas, both in color and in b&w.

This time Russia is in the focus, and the color is red.

The “Red/slash/beautiful” project explores the images of Russia, the artist’s native country, its landscapes, cityscapes and interiors, captured on infrared film and printed in monochrome red on big sheets of rumpled photographic paper. 17 large prints (120x80cm) and 4 smaller ones (60x90cm) are on display. Contrary to the trivial stereotype, red color is not implying any revolutionary or ideological message, it just happens to be the leftmost part of the visible spectrum, after the invisible infrared, in which the photos were actually shot. Also, the word “красная”, that stands for “red” in modern Russian language, used to mean “beautiful” in traditional Old Russian — hence the name of the exhibition, exposing this unexpected and unobvious link. 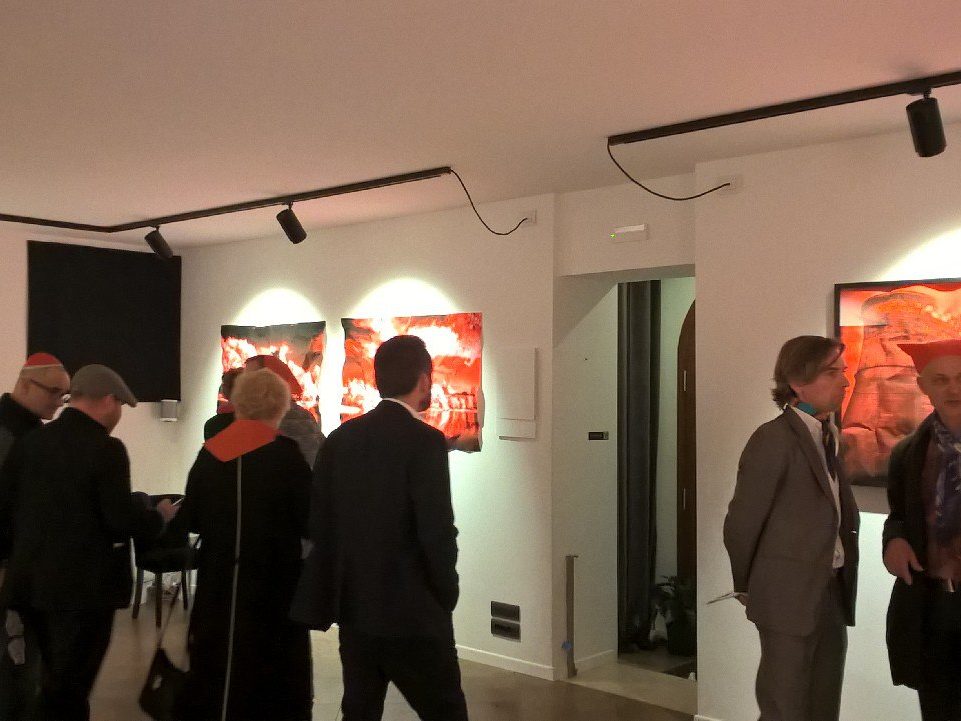 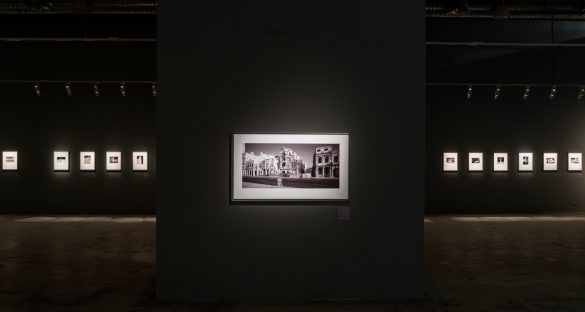 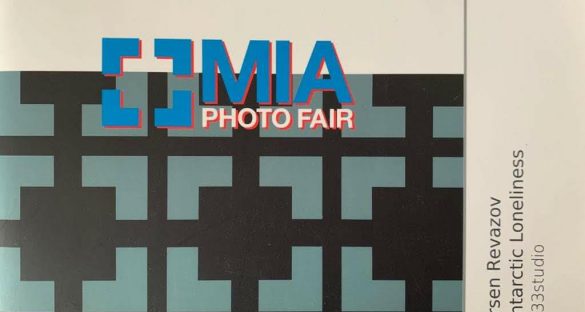 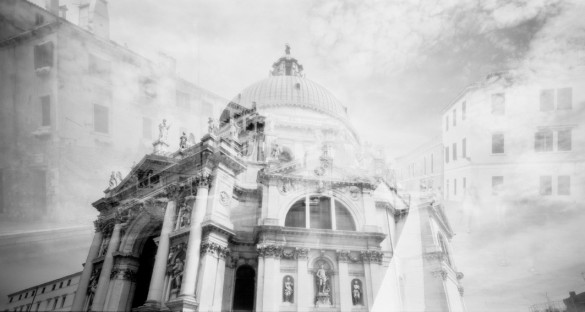 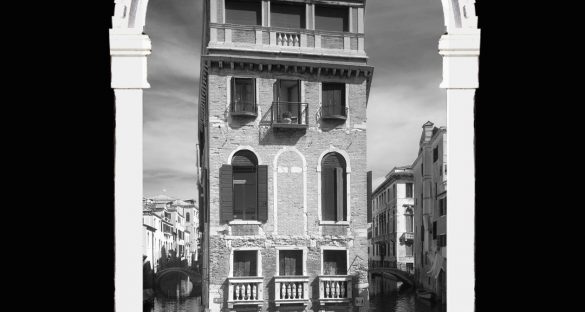 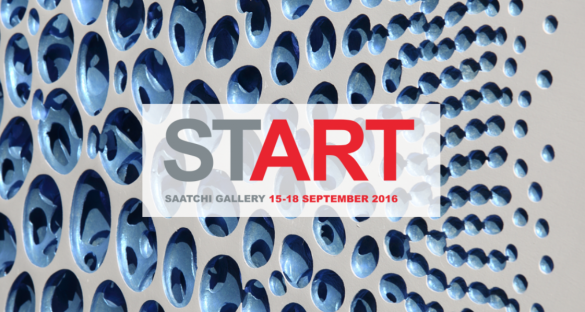 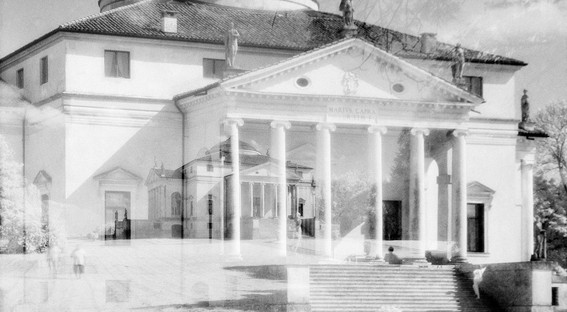